Want to be a marine scientist for a day?

Hurawalhi Maldives’ marine biologists, Lara and Aline, invite you to join them on Sundays to monitor Hurawalhi’s beautiful seagrass meadow. You will learn about its importance for species such as sea turtles and other marine life, while having fun applying scientific methods to collect valuable data.

Seagrasses are the only underwater flowering plants on the planet and unlike seaweed, they possess complex root structures to anchor the plant and take up nutrients and reproduce via flowers and seeds. They grow in shallow temperate and tropical waters and provide a home and nursery ground for many marine species. 70 different seagrass species have been identified so far, with the tropical Indo-Pacific accounting for the highest seagrass diversity in the world.

Seagrasses prevent beach erosion and also help to fight climate change by absorbing carbon dioxide. They provide a nursery ground for numerous fish species as well as food for endangered green sea turtles which eat up to 2kg of seagrass per day. It’s no coincidence that the Maldives’ largest community of green sea turtles thrive on the reefs of Lhaviyani Atoll which has large, healthy seagrass meadows – 4 hectares of seagrass was found to support a green turtle population of 76 individuals at nearby Kuredu Resort Maldives! Despite the many benefits of seagrass meadows, globally, like coral reefs, they are under threat by dredging, trawling, pollution and even removal.

Seagrasses in Maldives have been undervalued in the past and mainly been seen as a nuisance by the tourism industry in general. Hurawalhi is fortunate to harbour a large seagrass meadow, supporting a vast variety of marine species such as green turtles. The seagrass meadow is located between the back jetty and ocean villas, be sure to pay it a visit during your stay! Maintaining this healthy seagrass meadow does not only aid the survival of our marine life but also protects Hurawalhi’s beautiful beaches.

Join Hurawalhi’s Seagrass Sunday and learn a lot more about this fascinating marine ecosystem. This is a complimentary activity but please let us know you will be joining us by booking your place via Hurawalhi’s App. 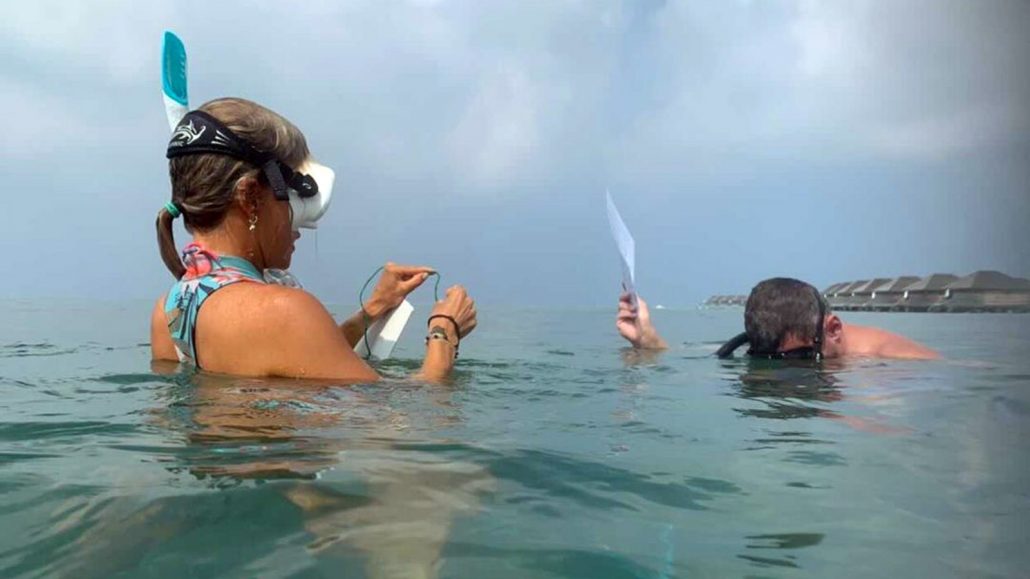 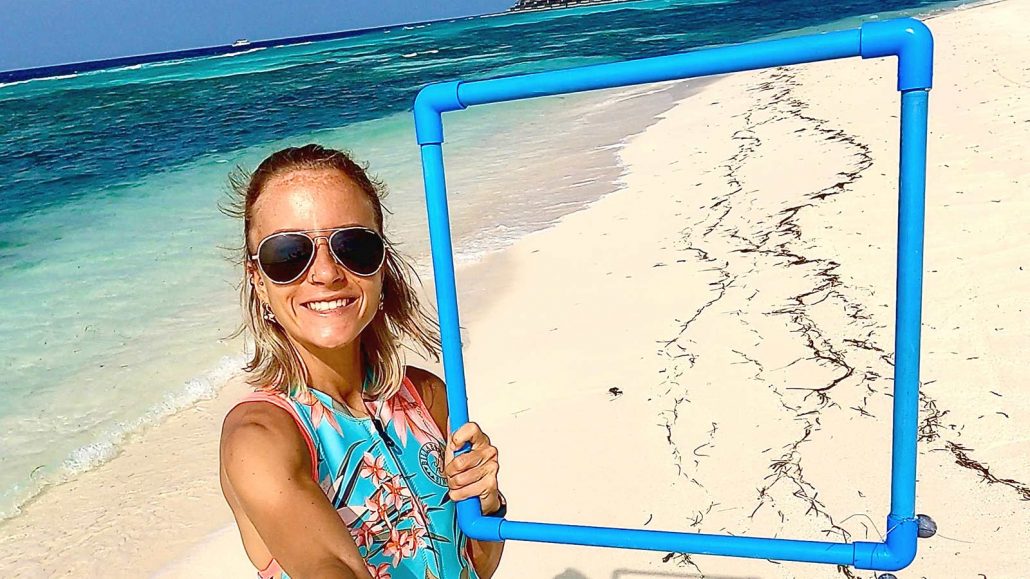 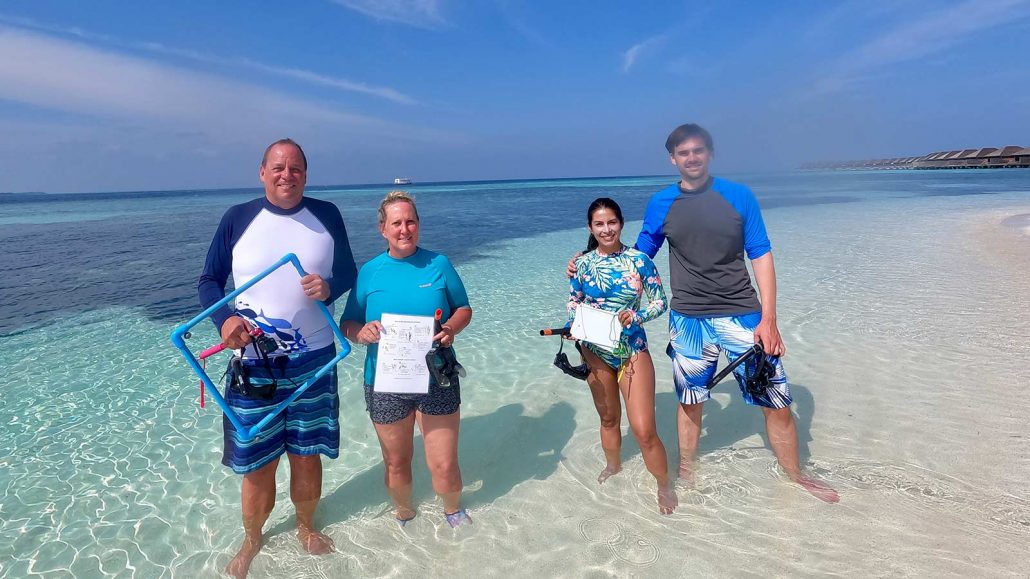