Main, buffet-style restaurant boasts an array of the finest cuisine

The tantalising aromas. The sizzling of the food. The atmosphere. Canneli will impress you with all of these, and spice things up with themed evening, allowing you to sample various international cuisine during your stay. The restaurant is a melting pot of flavours and people, creating a contemporary and relaxed dining experience. Breakfast, lunch and dinner are all culinary occasions where one can take delight in mouth-watering creations prepared with only the finest of ingredients.

Canneli, which stands for ‘yellowfin tuna’ in Dhivehi, has both indoor and outdoor seating options, the latter being especially charming at breakfast when occasional dolphins may pass by in the distance. 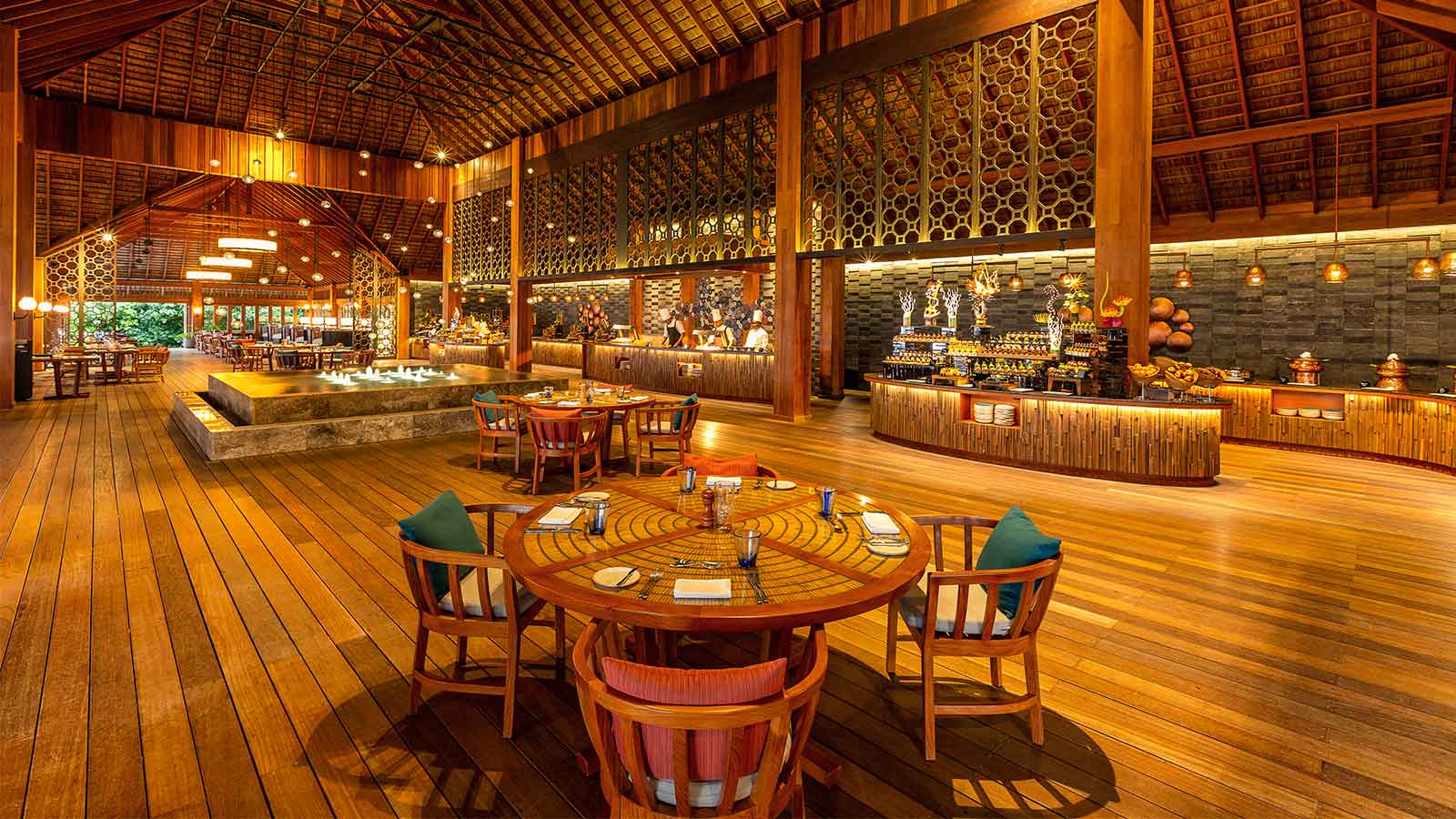 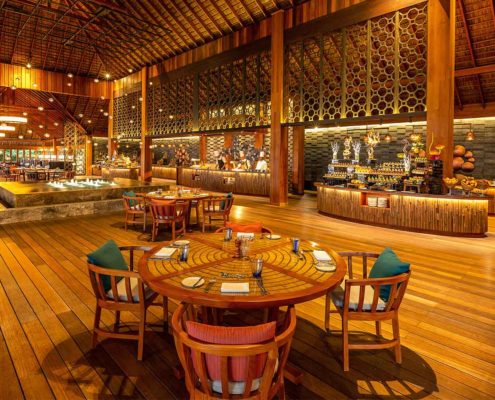 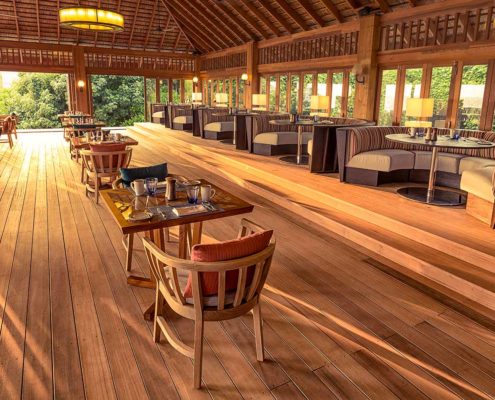 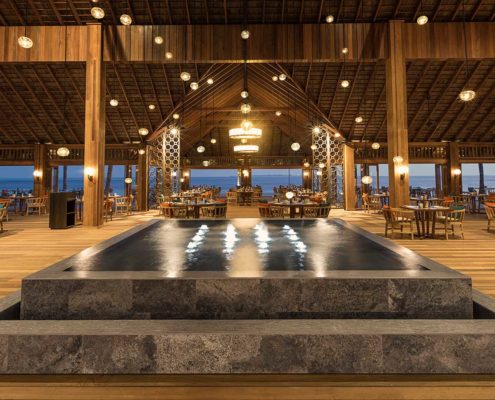 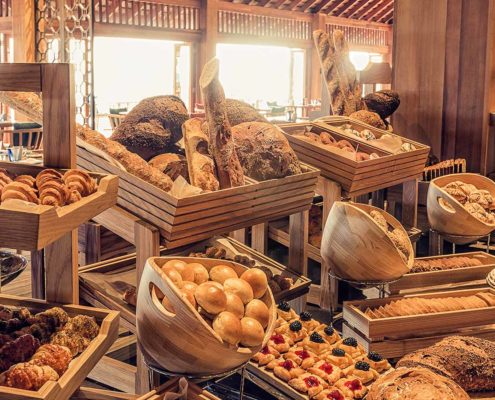 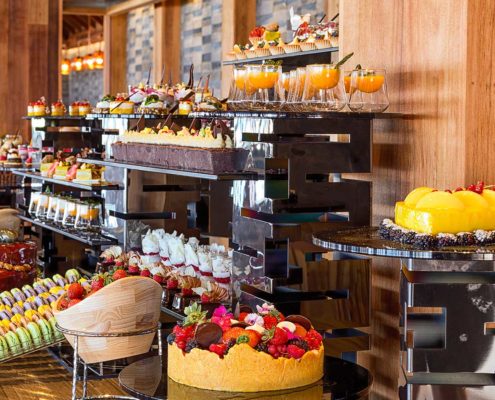 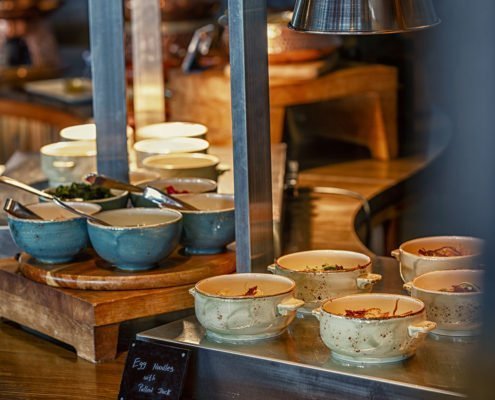 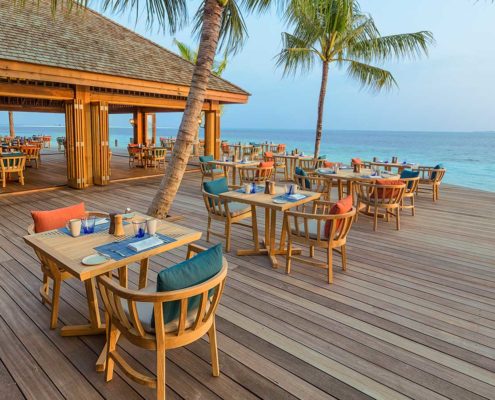 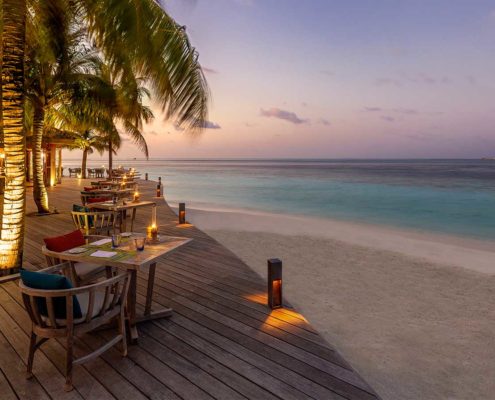 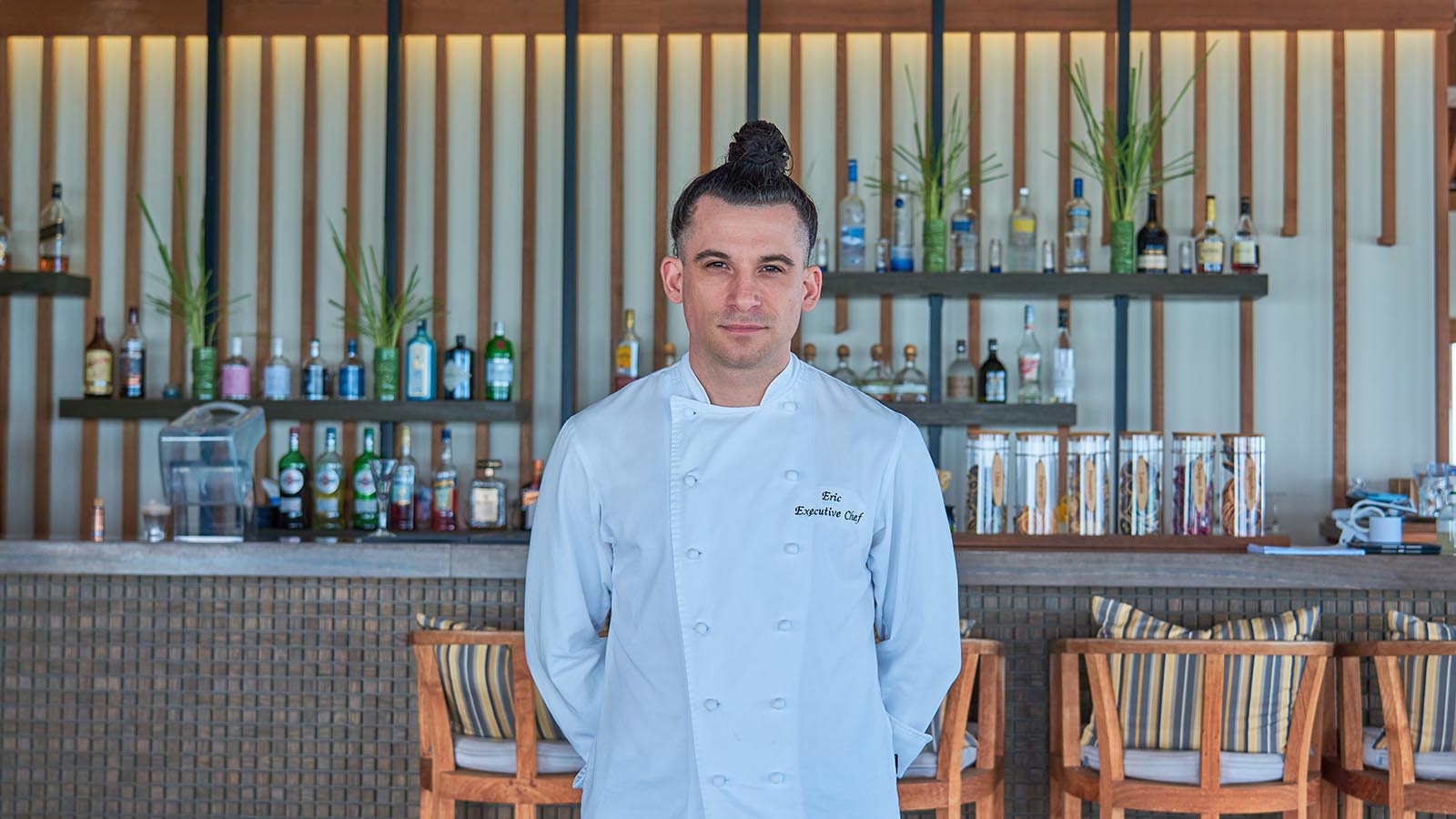 Born in France, Eric is a bilingual and experienced chef whose career has spanned numerous luxury resorts and restaurants over different continents, working alongside esteemed Michelin-starred chefs. He began his education in Economics and Law at the Faculty of Gavy, building a foundation in cost management before following his passion for food.

Eric launched his culinary career at À la Pincée de Sel in France as Commis to the 1st Chef de Partie at La Boule on the iconic French boulevard of La Criosette; from here, he evolved through several management positions at five-star resorts.

Throughout his career, Eric has worked at luxury properties such as The St. Regis Bora Bora Resort, Le Domaine de Murtoli, The Park Hotel in Switzerland, and J.W. Marriott Phu Quoc Emerald Bay Resort and Spa in Vietnam. He perfected his skills in vacuum cooking, molecular and fusion cuisine, and the advanced notions of pastry, working with renowned Michelin-starred chefs such as Jean Georges, Jean-Marc Banzo, Mathieux Paccaud, Laurent Renard, and Nicolas Masse.

Eric now manages all restaurants at Hurawalhi Maldives, including the famous 5.8 Undersea Restaurant – the world’s largest all-glass undersea restaurant. He oversees a variety of cuisines, including the Asian street food inspired Kashibo restaurant and bar, buffet and à la carte Canneli Restaurant, and the indulgent Junk Food Kitchen with plenty of vegan options.

Prepared just for you

Select your ingredients and allow our chefs to create your dish

The dining experience at Canneli comes alive with various live cooking stations that heighten the flavours of the cuisine and whet your appetite with culinary treats freshly prepared on site.  With a changing concept throughout the day, our chefs are on-hand to bombard your taste-buds with freshly cooked dishes just to your liking. 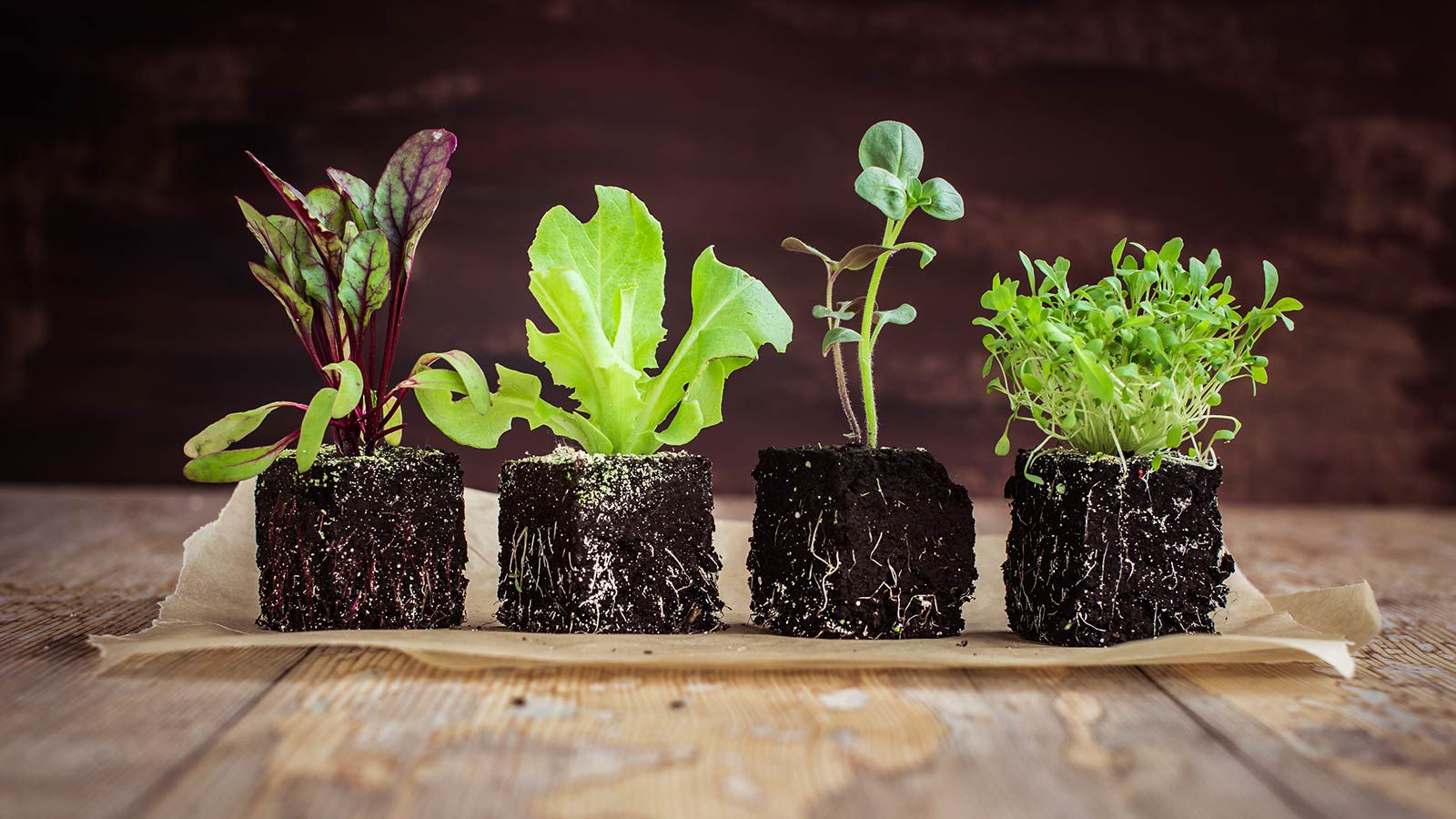 From the greenhouse to your plate

With your health and that of the environment in mind, much of the produce at Hurawalhi’s restaurants is homegrown. A wide assortment of vegetables, fruit and herbs are as fresh and organic as they could possibly get, making your dishes taste amazing! Make the most of the flavours and the freshness by having selected dished cooked to your liking at the enticing live stations. 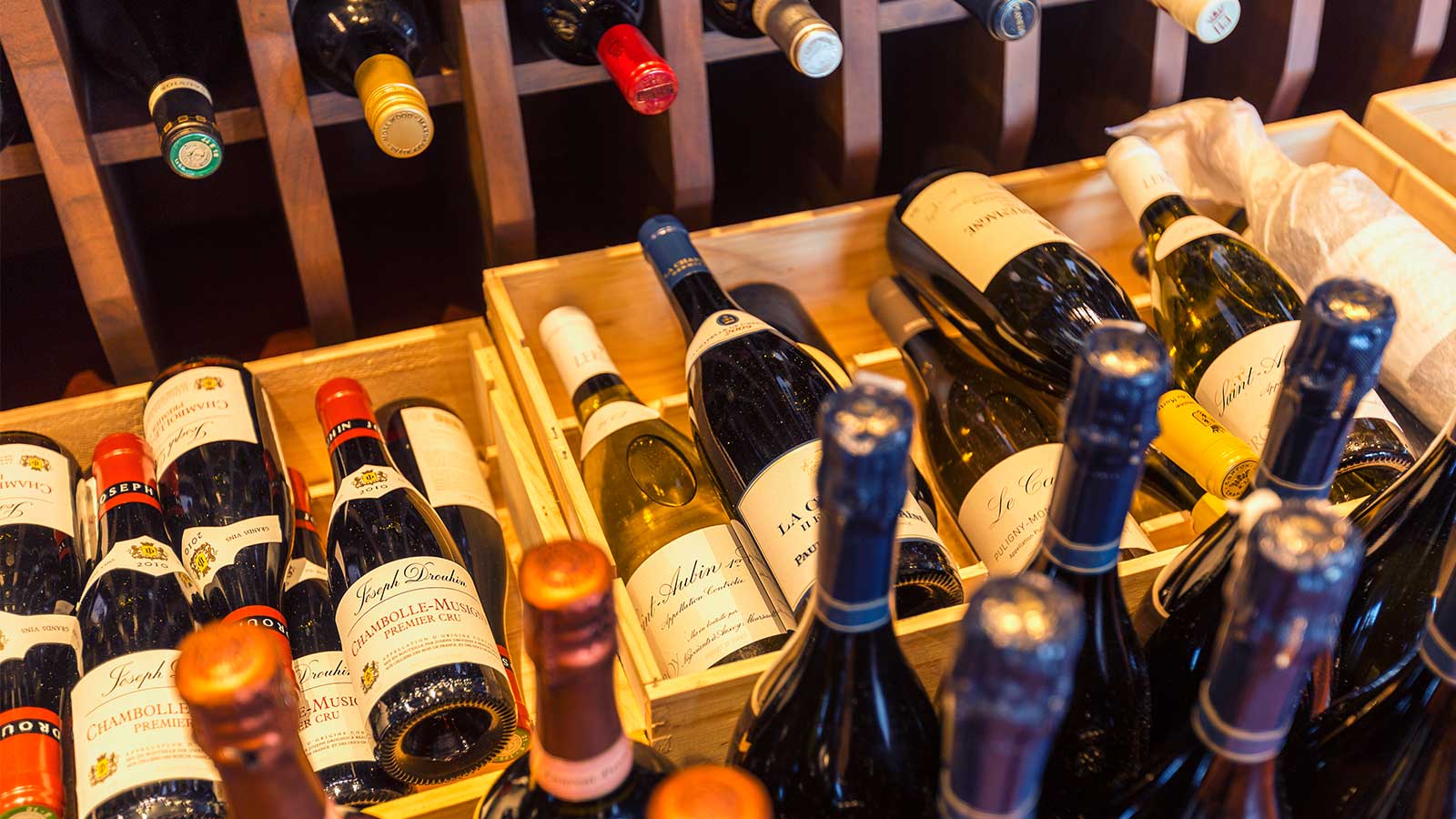 “If food is the body of good living, wine is its soul.”

Add a touch of fine dining and luxury to your meals at Canneli by pairing your dishes with a bottle of premium wine from Hurawalhi’s grandiose wine cellar.

With more than 1,000 exclusively available bottles to choose from, the Sommelier can help you pick the one perfect for your occasion and palate.