Whilst Lhaviyani Atoll is a great place to spot manta rays during the manta season, there is also an abundance of shark species here, and one the hotspots to see these is just off of Hurawalhi resort, at a dive site called KFFK or Kahlifushifaru. Hurawalhi’s marine biologists, Lois and Kat, are embarking upon some very exciting research leading from the incredible numbers of sharks seen nearby:

“Having looked over the past twelve months of recorded sightings during scuba dives at KFFK, we found that there were 7,371 grey reef shark sightings during 174 dives alone, which equates to an average of 42 per dive! Not only did we see this many grey reef sharks during the dives, but there were also 2,408 silvertip sharks (ave. 14 per dive) and 2,914 spotted eagle rays (ave. 17 per dive) recorded! This is a massive amount of sharks to be seen at one dive site – and when we see a lot of sharks, it’s a really positive sign of a healthy reef.

“During manta off-season, when the mantas are not frequenting the cleaning stations, we’re excited to delve more into shark research, and we think that the KFFK site is the perfect place to start a study. One way that the Manta Trust team studies manta rays is by deploying our ‘Eyes On The Reef’ (EOTR) systems. These systems are essentially underwater time-lapse cameras, which provide new insight into manta behaviour and habitat use. This information provides vital scientific guidance to Maldivian communities, businesses and the government; ultimately helping them to protect the local manta population on which their economy depends.

“We want to extend this to capture shark populations at KFFK. These snapshots of the reef will give us massive amounts of information regarding which species are sighted there, how many individuals, at what times of day and during which months we see more. These camera systems are ideal for data collection because we researchers can leave them down for 7 days at a time to take thousands of photos, and so we are not limited by one hour dive times.

“In addition to these underwater cameras, we also plan to study the juvenile blacktip reef sharks that we and the guests see frequently swimming in the shallow waters around the resort. It is thought that these juveniles use the waters as a nursery area, somewhere sheltered and safe to feed and grow, before moving out onto the deeper reefs. By flying a drone above the shallow water and reef areas, we should be able to gain further insight into just how these sharks are using the area and how many individuals there really are. Using drones means that we can study the behaviour and movement of these animals without disturbing them, gaining a much truer insight as they will not be affected by human interaction. We hope to pinpoint key areas around the resort that are especially important for their growth and development, so we can focus our efforts into protecting these areas.”

Our thanks goes to Manta Trust and Lois and Kat at Hurawalhi’s Marine Centre for sharing their findings with us, we look forward to sharing further data throughout their fascinating study – what a privilege to be part of this!

Join our marine biologists for research adventures of your own – book with my.hurawalhi.com or by using the Hurawalhi App.

Photos show the equipment used and some shots from manta research using the Eyes On The Reef technology. Special thanks to Jas Corbett for the manta photos. 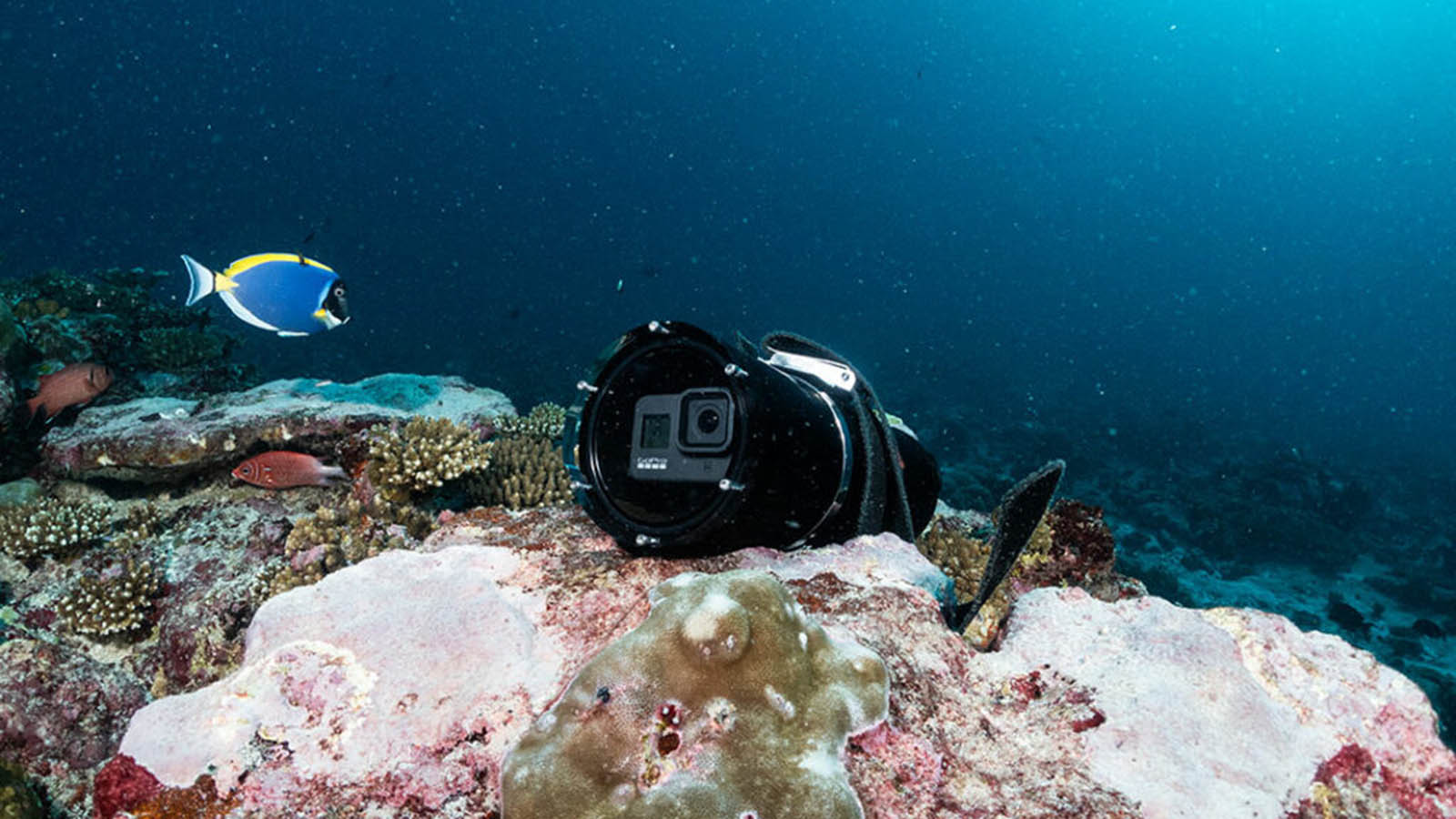 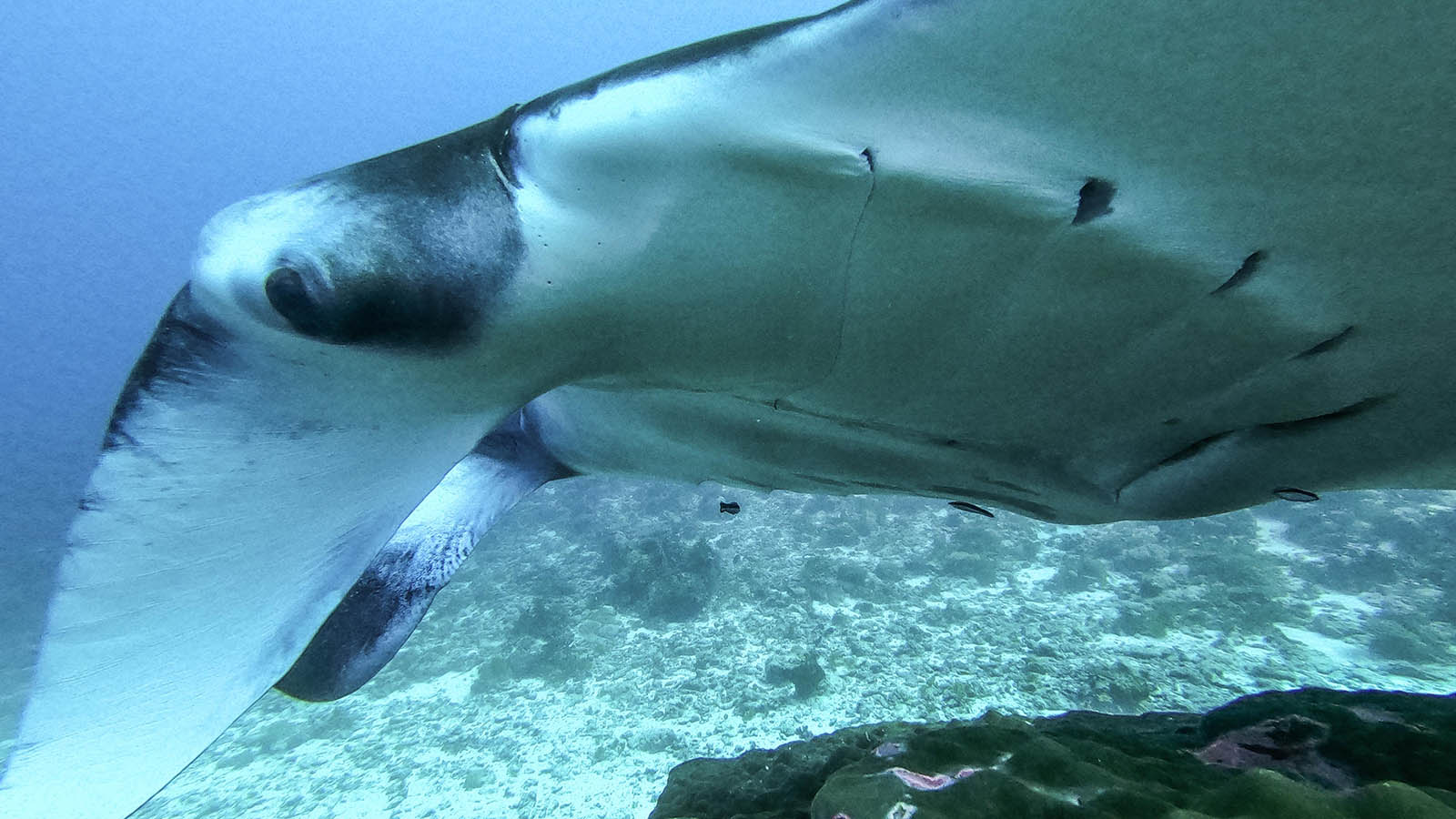 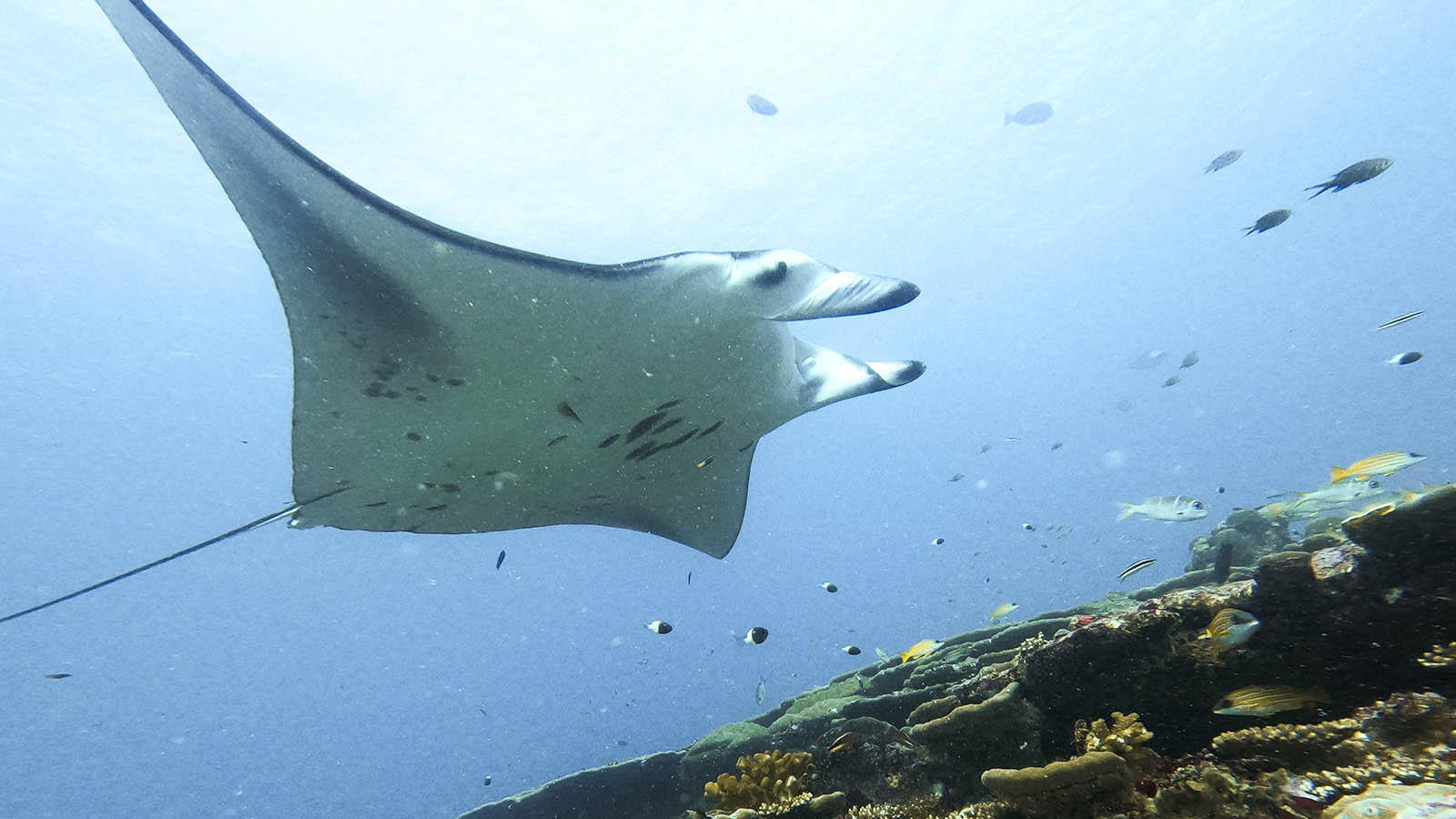 Celebrations in Honour of the Ocean

Inspiration for a Tropical Winter Escape