We are very pleased to announce that Ali Navaz has been appointed Resort Manager at Hurawalhi Maldives where he will assist our GM, Brad. Navaz has almost 20 years experience in the hospitality industry with his career taking him to Thailand, Vietnam and Oman as well as different resorts in the Maldives. Our guests may already be familiar with Navaz – his first role at Hurawalhi was as Front of House Manager and since then he has undertaken a Property Development Program and implemented the Island Host Program and appointed as Rooms Division Manager before landing his new role as Resort Manager.

From Addu Atoll in the Southern part of Maldives, it’s not surprising that some of his favourite foods are delicious Maldivian dishes including Maldivian style reef fish curry, Mas Huni (shredded smoked Tuna mixed with onions, chilies and coconut) with chapati and Garudhiya (clear fish broth). Amongst his other favourites are Tom Yum Goong, Pad Thai and pizza.

Navaz is a keen sportsman and when not busy looking after our guests, he can be found keeping fit by playing padel tennis, working out at the gym, and jogging. Scuba diving is one of his absolute favourite pastimes, a hobby he started in 2008. As an Advanced Open Water Diver and well on the way to completing his Rescue Diver certification, he has had the thrill of diving with some of the Maldives’ most iconic marine creatures – dolphins, whale sharks, mantas, hammerheads, tiger sharks and silver tips, to name but a few. His favourite dive sites close by to Hurawalhi are Kuredu Express, Felivaru Kandu, Madivaru, Fushivaru Thila and Shipyard and the mere mention of a scooter dive across one of the many nearby channels will have Navaz running for his dive gear!

We asked Navaz what three things he would choose to do if he were a guest at Hurawalhi… “Dine at 5.8 Undersea Restaurant – it will be the highlight of the holiday, dive – the underwater world of Maldives is too good to miss, and definitely have a picnic on Dream Island.

Navaz is guest-focused and a great team player, he loves spending time with people and looks forward to helping you have the best possible holiday at Hurawalhi. 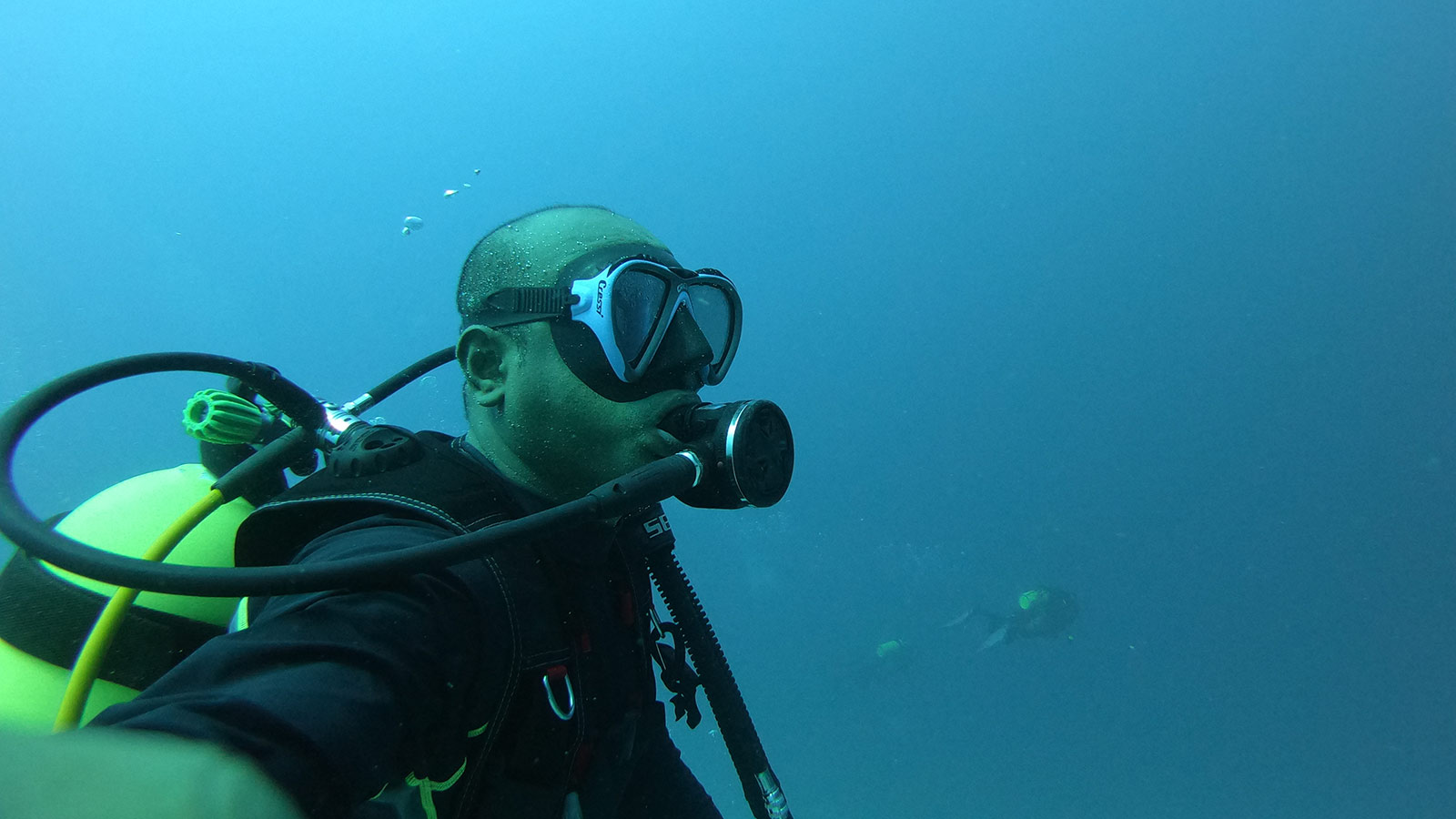 Navaz enjoying some time off, underwater!

Earth Day, Every Day at Hurawalhi