The manta season in Lhaviyani Atoll is in full swing! Just recently, guests at Hurawalhi Maldives were fortunate enough to join eleven reef manta rays for their breakfast.

The group, including Hurawalhi’s new resident marine biologist, Kirsty Ballard, witnessed an impressive show: mantas had their cephalic fins unfurled and glided head-to-tail in a spectacular feeding chain. In a glorious performance termed barrel rolling, the individuals swam in a continuous cycle of perfect backward somersaults, munching on zooplankton as they looped. 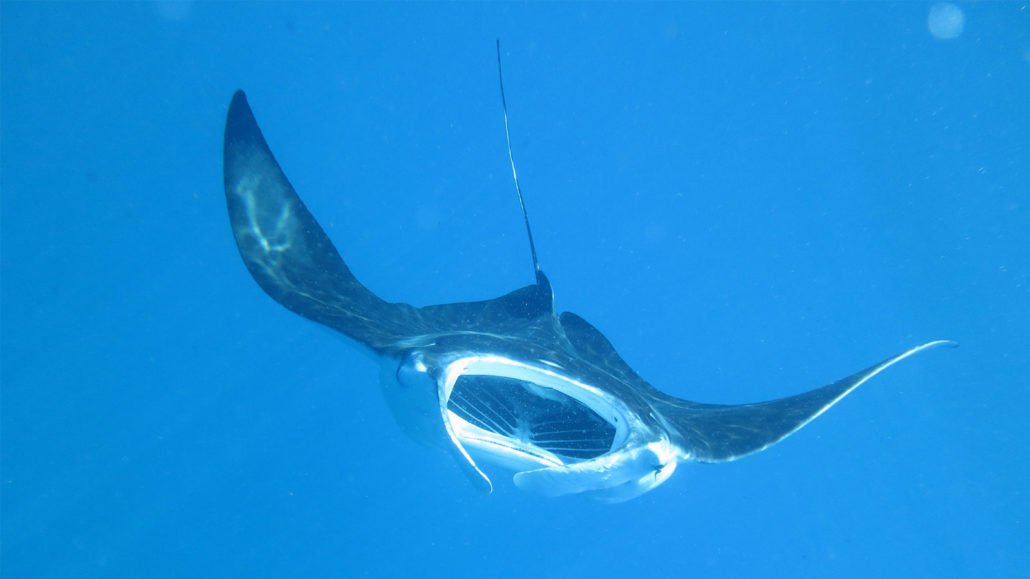 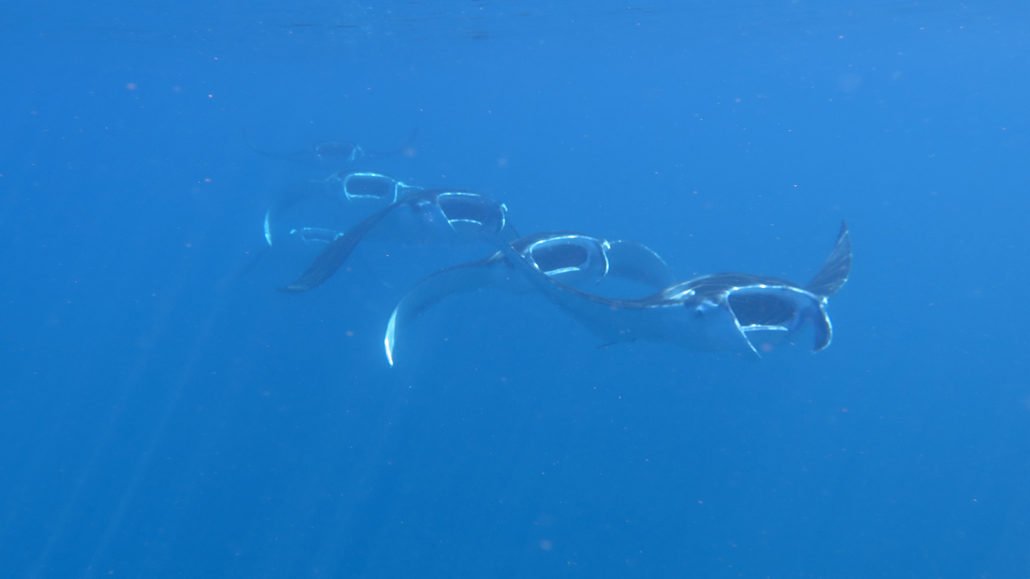 Amidst the feeding frenzy we were also privy to a young male manta trying his luck with Falcon, one of Lhaviyani’s longstanding resident female mantas. Despite his best advances, the young male was quickly shown the cold fin by Falcon, who was clearly more interested in finishing her breakfast than getting to know him more intimately. We now know that the young male in question was a newcomer to Lhaviyani Atoll. Wiki-Way-Leaks has previously only been sighted in North and South Male atolls, so perhaps Wiki is yet to figure out how the dating game works within Lhaviyani Atoll. 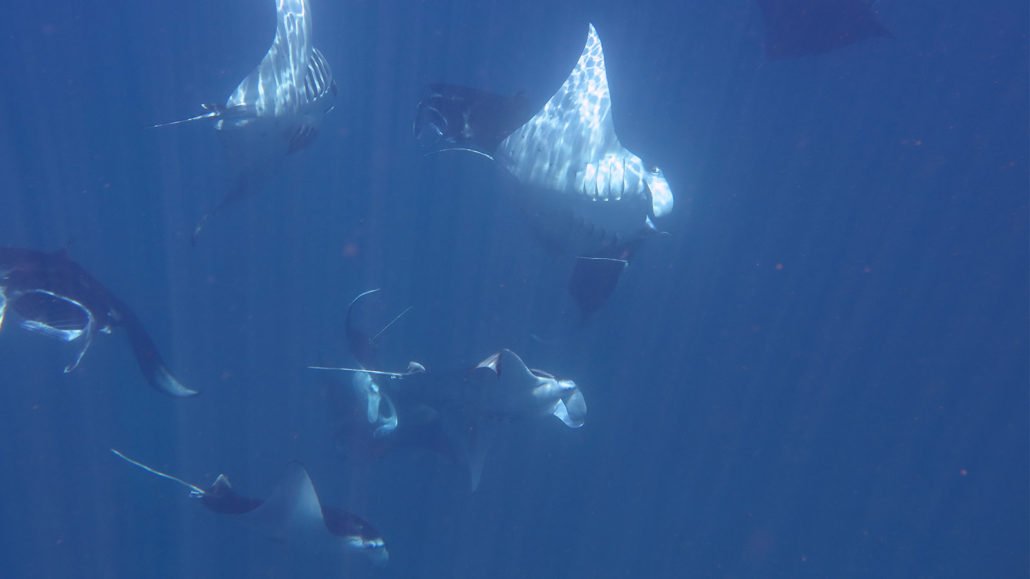 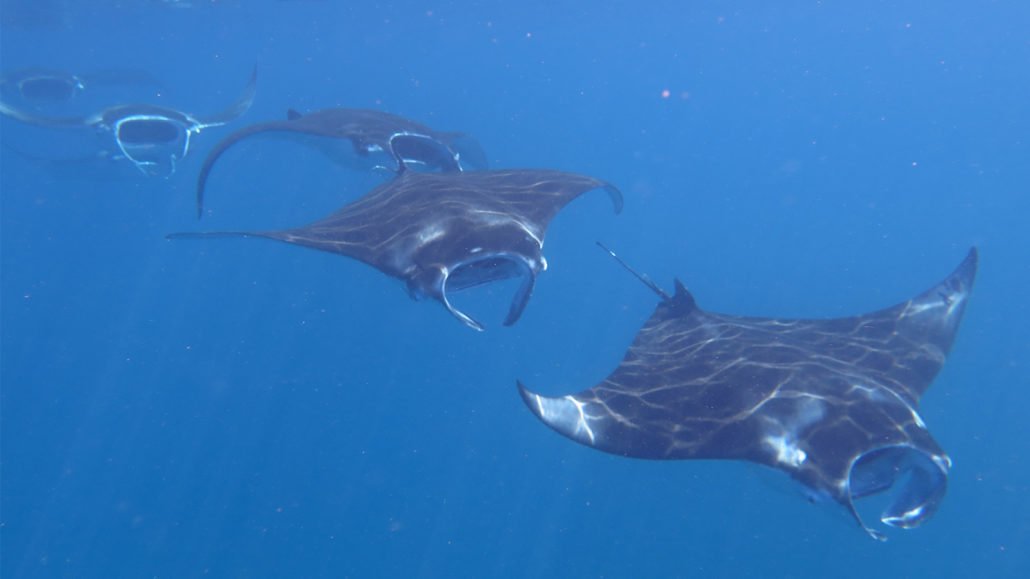 After thirty minutes, the school of mantas slowly began to glide into the distance, until only one curious manta remained. Ivy, a young female resident of Lhaviyani Atoll, wanted a more personal introduction. Kirsty watched in awe as Ivy performed her very own underwater show, looping and twisting back and forth, making several close passes. ‘I didn’t know who was more inquisitive in that moment, me or her? But one thing was certain, in terms of gracefulness she stole the show.’

Join us in welcoming Kirsty on the team and join us at Hurawalhi to swim with these marvellous giants of the ocean! 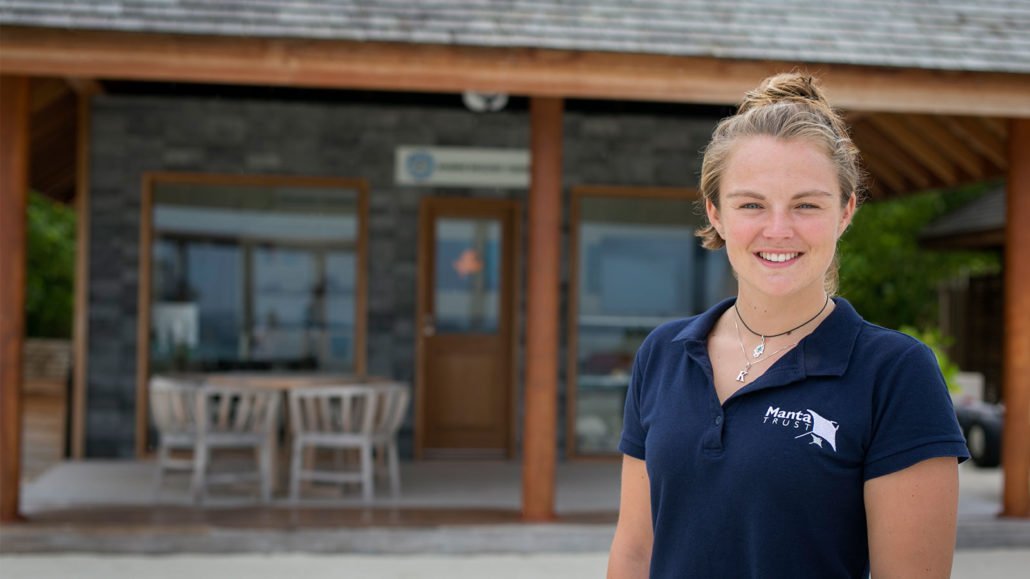